Interview in The Countryman's Weekly Magazine

Jess's interview for The Countrymans Weekly magazine including some new recipes

'On the sofa' interview with Radio Suffolk's Lesley Dolphin about winning the Best Chef award, Suffolk, her business and all things food and her plans for the future. 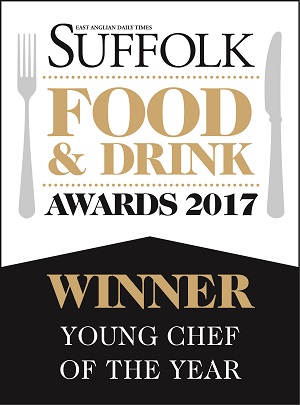 At the Suffolk Food & Drink Awards Jess won the title of 'Young Chef of the Year' after a tough cook off final! She was featured in several pieces on the awards, when nominated and again when winning, in the EADT and Suffolk magazine (as the primary sponsors of the event).

Talking with Radio Suffolk's Lesley Dolphin about selling her food at the upcoming Flavours of Suffolk on 8th and 9th June, her 'Bushtucker Trials' demonstrations for kids in the cookery den and the new courses at Assington Mill.

Jess and her Dad Gary feature on CBBC's food show Incredible Edibles with Stefan Gates. Gary takes Stefan out to catch a squirrel, they then take it home to Jess so she and Stefan can turn it into a tasty pasty!

Jess' interview with EADT after winning Best Chef at the Eat Game Awards, includes a recipe. 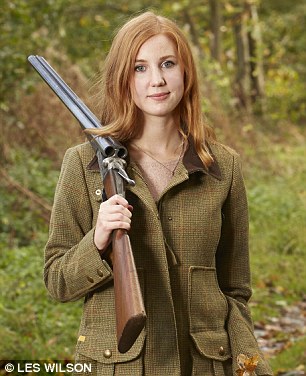 Jess' interview in the Mail on Sunday on the 8th November 2014. 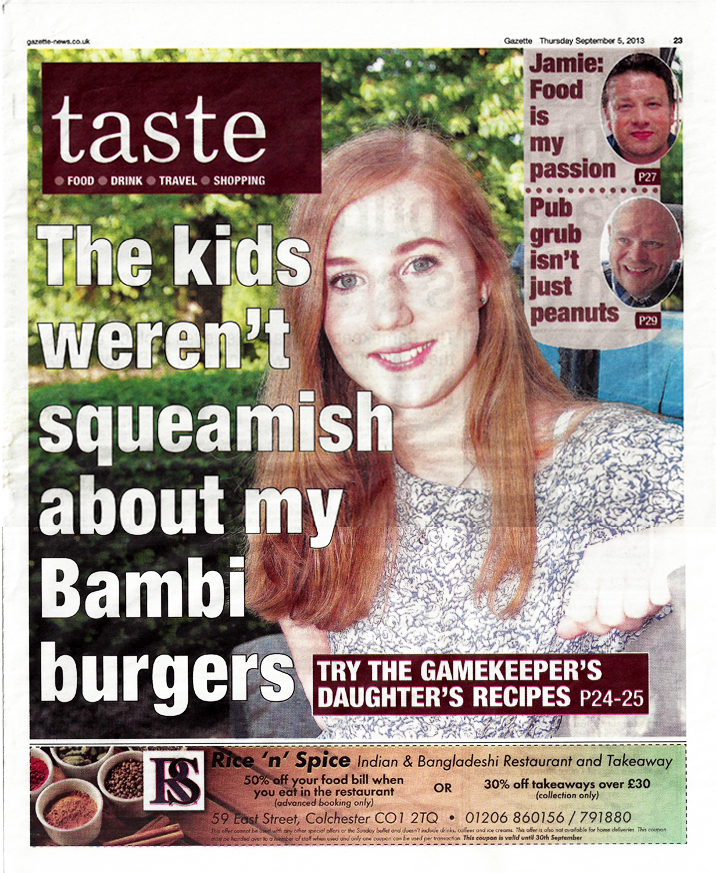 Jess' interview in September 5th's issue of the Evening Gazette. The cover story of their 'Taste' food section complete with photos and delicious recipes. 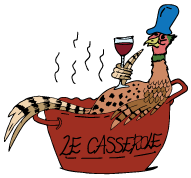